Music for any occasion

Two for the Road plays a mix of Celtic and American Roots music, from Irish fiddle tune medleys to Western swing and bluegrass songs.

The duet includes Pipe on the Hob bandmates Donn Beedle on fiddle and viola and Karana Hattersley-Drayton on vocals, keyboard and guitar.

They have performed at Celtic-only events (Bakersfield Scottish Games and the Fresno Robert Burns Dinner), events that stress bluegrass and old-time fiddling (Clovis Bluegrass in the Park and the 2015 Kings River Bluegrass Festival), venues which allow a mix of genres as with their performances at the 2016 Rogue Festival, Respite by the River, and  local libraries, and for social events such as Casino Night at Harlan Ranch which call for party music

Bring It On Down to My House

For more information visit their  Facebook page or email 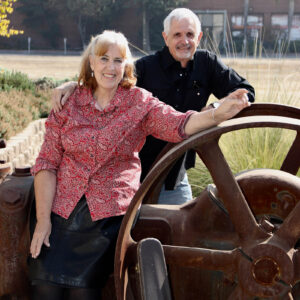